The Hills Are Alive

Is  SEGA’s “OutRun” is the best arcade racing game of all time?

I first encountered “OutRun” early in the Spring of 1987. Most of the UK gaming magazines had already printed screenshots of the game. They showed a level of graphic detail that was incredible. That was because all of the arcade racing games so far had never had white clouds in the sky. They didn’t have hills. They didn’t have choices of route either. Above all, they didn’t have cars that looked decent from the back.

No picture in a magazine could ever really convey two things. One was the sense of the speed. This was a truly incredible sense of  speed.  Sega’s ‘super-scaler’ effect was a revelation. Everyone I knew really thought these were actual realistic visuals.  The second was the music. It was the first game that allowed you to choose the music that played whilst you drove. Just like turning a dial on a car radio. In addition, the tunes were catchy and seemed to fit perfectly with the beautiful ‘blue sky look’ of the game.

All About The Bass

All of Sega’s arcade racing cabinets had excellent loudspeakers and subwoofers. Therefore this specific audio hardware always helped you find the game. You could always hear the welcoming chime when you inserted a coin above almost anything else happening in the arcade. 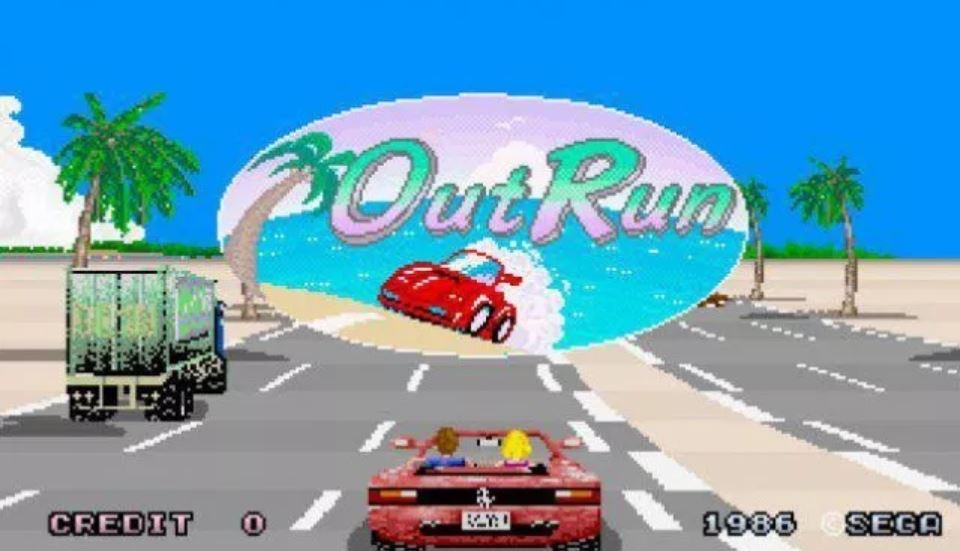 All arcade racing games featured what was called ‘the attract mode’ – this was the silent (but not always) visual loop that played when no-one was playing. Sega’s machine showed the iconic ‘orange sunset’ high score tables and the game logo. Playing this game always put a smile on my face. It was supremely fast, highly addictive, looked amazing and sounded incredible. To me, it perfectly encapsulated everything that a great arcade game should be. And I’ll let you into a secret…32 years later and I’m still playing it. And I’ve never genuinely finished it either.

Finding an “OutRun” machine, either sit-down or upright cabinet whilst travelling around the world always felt like finding a friend somehow. On my 21st birthday, I was quite happily left alone with a bag of twenty five pound coins in the upstairs room of a local pub and an upright “OutRun” machine. My friends somehow didn’t quite share my enthusiasm for the fact that the machine offered four plays for a pound, or that I suspected, and later confirmed, that the DIP switches were set to a generous amount of allotted time. That was always a rarity on this game, and unscrupulous arcade owners almost always had the machine set to HARD.

I’ve lost count of the number of arcade racing players who could NEVER make it to the first checkpoint. And I know there are many of you out there who came so close to passing said first checkpoint to run out of time either just before it, or more maddeningly stopping on the line itself, at zero time on the clock. 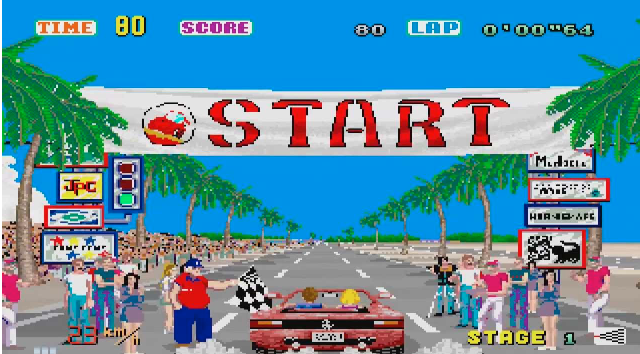 Many many years later, whilst working at Electronic Arts, I was lucky enough to chat to some of the development team on “SSX Tricky.” They told me how they always made the AI back off away from the player right as you approached the Finish Line. The thinking behind that was that the player was about to experience ‘something amazing’ i.e. winning the race so why screw them over just because you can right at the very end. This approach was immortalised to me and the others in the room at the time as ‘always favour the player.’ Unless you ever got to play on Easy DIP settings, no “OutRun” machine ever did this. Instead it taunted you over and over and over again. Whilst I loved “SSX“, those guys told me they wished that they were making an arcade racing game too.

In 2005 at the E3 trade show in Los Angeles, I was privileged to meet the designer of the game, Sega’s Yu Suzuki. After an odd meeting with representative of both SEGA Europe and SEGA America, I was asked if I’d like to meet ‘someone special.’ So I was whisked into a small space at the back of the E3 exhibition space and introduced to the great man himself.

He was very well dressed and I think he was the only man in the convention centre to be smoking a cigarette. Who was going to mess with him? He was Yu-san after all. Unless you can speak the language, meeting Japanese strangers with a translator on hand is always a slightly awkward affair. My friend from SEGA Europe said something along the lines of ‘this is Alekkusu- he’s a crazy gaijin from England! He makes Burn-Outto!” There may have been a flicker of understanding from him at that point, but I doubt it. 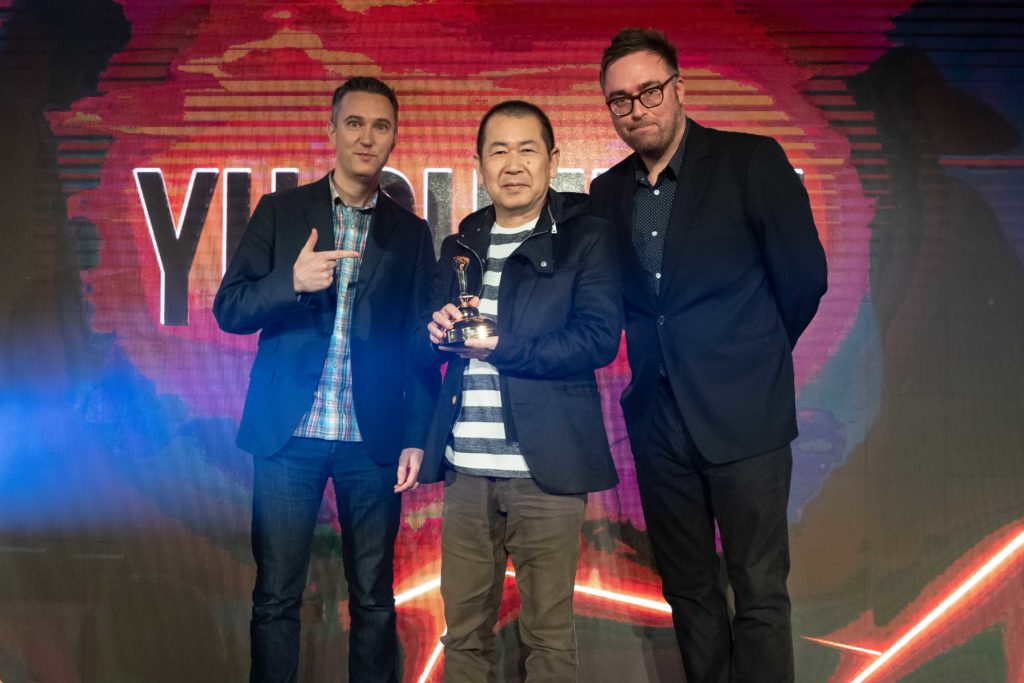 If that wasn’t embarrassing enough I was then asked if he had anything to say to The Great Man Himself. I wasn’t too impressed with SEGA at that point in time. Quite frankly, who was? And I’m sure that included pretty much everybody working there at the time. I said “tell him that I think SEGA has lost its way, and lost it soul. Tell him I don’t understand why SEGA hasn’t got arcade racing games like Daytona USA, SCUD Race, OutRun and SEGA Rally all Online on Xbox LIVE?”

As this was hurriedly translated, the Great Man took a pause from smoking his cigarette down in three drags, looked over at me, and then spoke back to the translator. He carried on smoking. “Tell him I AGREE” came the response! I also told him that if he popped out to Tower Records on Sunset Boulevard, then he would see that they had CD’s of the glorious “OutRun” soundtrack on sale front and centre right as you walked in the door. He said he would ‘go and take a look!” and that was that.

Whilst you’re here, if you haven’t already please consider signing up to our Dangerous Driving Club. – and remember kids, there’s nothing big or clever about smoking.