Do you have any questions about our latest game, Dangerous Driving? Then you’re in the right place! This is where you can read the FAQ, check out the news on our latest patch, and look through the Known Issues list.

So far we have published 7 updates, details of which can be seen in the individual blog posts relating to the updates or listed in the FAQ below.

Our most recent update is:

This is live now on PC (we have also updated the patch as we discovered an issue causing slow down).

This patch includes the following:

For all the details read our blog post HERE

To be sure never to miss an update consider signing up to our Dangerous Driving Club to get bi-weekly updates via email and a chance to win a free copy of a Three Fields game of your choice. 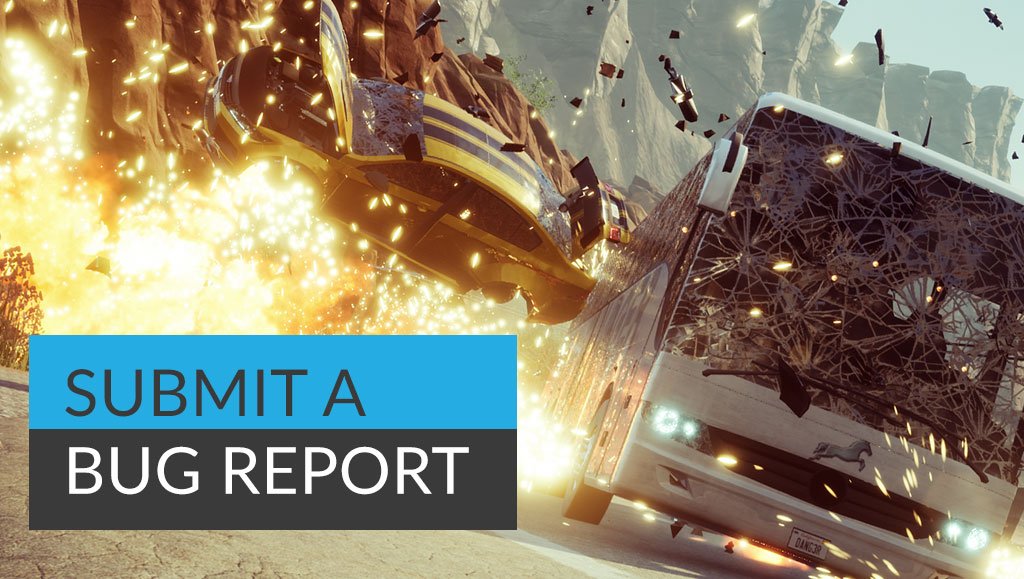 Listed below are links to all the updates we have done so far, to the left are more details on the latest update and further below answers to your most frequently asked questions and known issues.

Don’t hesitate to get in touch if you have a question not answered here.

With thanks from The Three Fields Team 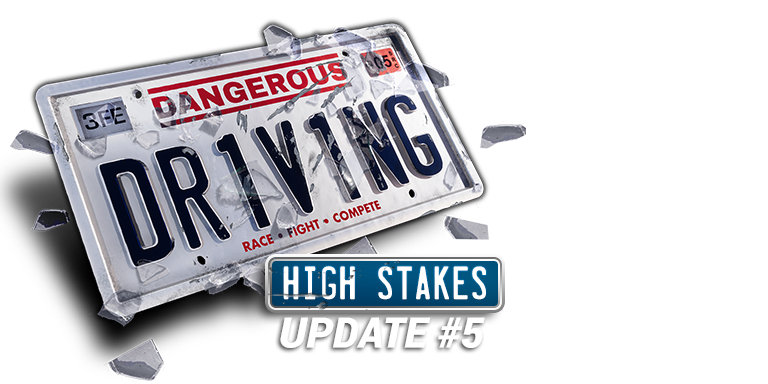 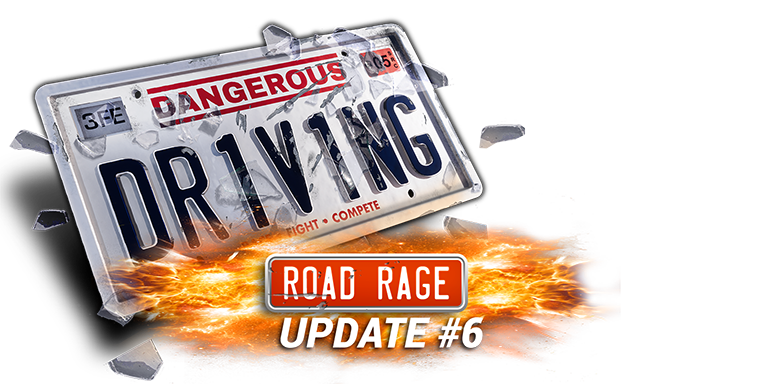 What DLC and update plans are there?

We have, to date, released 6 major updates on all platforms:

“FULLY COMP” – focused on Priority fixes, ability to raise the camera on the right stick and much improved collision

“VOLUNTARY EXCESS” – added ability to choose any car/any track in online, made it easy to find games online and more

We have also released a 7th update on PlayStation 4 – Online games can no longer be launched with only 1 player: VoIP icons more reliable during loading; Fix rare bug where the 2nd part of a Point 2 Point would fail to load. Amd a 7th update on PC which added steering wheel support.

How do I submit a bug report?

If you have found an issue with Dangerous Driving we want to know! Please fill out the form HERE.

However please do check whether it is already listed in the Known Issues list to the right.

Why haven't you replied to my email?

We are a tiny team and due to the volume of emails we are receiving its just not possible for us to answer them all personally. However rest assured that we ARE reading them all.

To those of you writing to say how much you love the game – thank you! We really appreciate all these messages and have been overwhelmed by your support.

What versions of the game are available and where can I buy?

The digital version is available on PlayStation 4, Xbox One and PC (via the Epic Games store).

Check out our BUY page for more details

What is the VIP Sedan and how do I get it?

The VIP Sedan was a special car we created for digital pre order customers.

It is no longer available.

We are selling the game via the Humble Store and the store is now live.

We do not have any plans to release the game on Steam or any other store at this time.

Is there a single player progression?

…. Yes and this is what is available now.  FREE online racing DLC is coming soon. For more details on that and all the game modes see our blog post here.

Which events have Platinum medals

The non race events are the ones that have Platinum medals.

These are Survival, Road Rage, Pursuit and Shakedown.

How many cars are there in the game?

There are 27 (28 with the VIP Sedan from the digital pre order).

One (the base Sedan) is open at the start (unless you have a digital pre order in which case you also will have the VIP Sedan at the start) and the rest you unlock through play.

Certain car types are tuned to specific events which you can read about HERE.

…. Yes and it is live now on all platforms.

There is no local i.e. split screen multiplayer.

Is there a platinum trophy?

…. Yes and you can check out the Trophies and Achievements on our blog now.

Which cars count towards the 'Tyre Kicker' and 'Delivery Miles' Trophies/Achievements?

All of the vehicles (excluding the VIP Sedan) count towards the Trophy/Achievement – including the pursuit vehicles.

However we added the supercar cop very late in the development (after we had implemented all the Trophies/Achievements)… as a result you can get the Achievement/Trophy by driving the miles in all but one car (it doesn’t matter which one it is).

What Music is in the Game?

The music in Dangerous Driving is delivered via Spotify. Follow ‘Three Fields’ to see our dream playlist.

Whilst Spotify has existed on console for a while not everyone remembers to go set it up and also you have to either control it from another device or keep exiting the game to change track etc. Its not integrated.  You’ll be able to authorise it from within the Audio Menu and from then on you’ll be able to control your music from within the game. And the current implementation is, we hope, just the start of a fully featured integration which includes gameplay triggered music!

Currently you’ll need to go out to the Spotify app on the device you’re playing on e.g. PlayStation4 or Xbox / PC to choose the playlist but this is something that we hope to integrate even further in the future. Once the playlist is selected then you can skip tracks forward and back and pause the music in game.

I can't authorize Spotify/Spotify not working

We have created a blog post explaining the steps. Please check it out HERE.

Is there Steering Wheel Support?

No we do not currently have steering wheel support. It is something we are looking at but as we are a very small team we are currently all focussed on making the online play. Check back here for more updates.

How do I do well in Heatwave events?

Our advice is to be sure you are using a Tuned car which you will need to unlock by doing other events (the ticker tells you which).

Tuned cars are best for Heatwave as they earn, burn and chain boost quicker and you get a 2mph speed increase for every successful chain.

See our blog post about the Vehicles for more info on this.

Is Traffic Checking in the game?

Traffic checking is not a feature in the game. Traffic is fatal.

Note: we have seen cases of you not crashing when you should and this is being fixed in the ‘Fully Comp’ update

We already made two games in this genre – Danger Zone and Danger Zone 2. Check out the other pages of this web site for more info.

Below you will find a list of the most reported Known Issues and their current status. This list is not exhaustive. If a bug you reported is not listed it is likely that it is currently being verified.

[Missing VIP Sedan on Xbox] We know that the Microsoft fix for the VIP Sedan did not work so we are investigating with them now – sincere apologies for the delay.

[Pausing the game while using the look back camera] – after resuming the game, the rear camera locks. Status: Investigating

Bugs that have been reported that are not currently in our roadmap to fix:

[Road Rage AI stops spawning] – this appears to happen very rarely. It remains on our backlog until we can reliably recreate it.

[Tunnel stutter] – Players may experience brief 1 second stutters in the connecting tunnels on the 9 Point to Point tracks on all platforms. This occurs because a new level is being loaded in. Status: We have upgraded to the latest Unreal Engine 4.22 and unfortunately it has not yielded the results we had hoped for. A rewrite of the streaming system is required which is not feasible to do for this game.

[Gameplay] Players have reported that the in-world/real life road accessories are confusing as often the arrows point the wrong way for the race. Status: We had hoped to fix this with a code change but we have hit a technical hurdle and will no longer be able to make this change.

[Disk installation] The first pressing of the Xbox One Disk Version auto installs Danger Zone 2 to begin with, not Dangerous Driving – This appears to have been a problem incurred during the manufacturing process of the disk so unfortunately we have no control over it. Status: Fixed for later Disks. The workaround for those affected is you must pause the Danger Zone 2 install & then you will be able to install Dangerous Driving.

[PlayStation4 Leaderboards not updating] Players have reported that their Leaderboards are not updating on PS4. Status: This has not been verified as a bug. It can take Sony’s servers around 10-20 minutes to update. Check back again later and you should see it has updated.

If you’re seeing an issue not on this list please submit a bug report HERE and we will take a look. Thank you.