Rad Racer is a little known arcade racing game that released in 1988 for the Nintendo Entertainment System.

Can you remember what you did on the last day of School? I can, and quite clearly at that. And really, the last day of School was the last last day you ever had to go there. Ever.  For me, that was the day that our final examination results were released. It was a stupendously hot August day, and even by 8AM in the morning the temperature was already rising rapidly.

The High School I had attended was about a fifteen minute walk for me. I set off at half past eight with my store brand Walkman and my blue Sony headphones. Thinking back, those Sony headphone probably cost more than the stereo.  There was a very well worn cassette of Def Leppard’s “Hysteria” album inside.
Oh I miss the 1980’s! 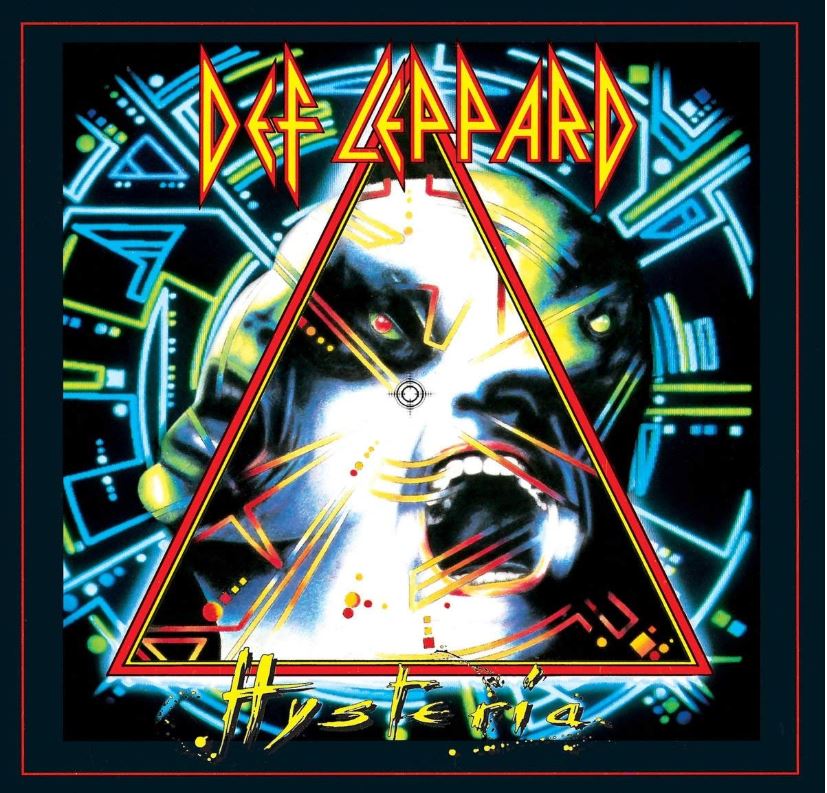 A few people I knew had gathered in a group at the top end of ‘the Yard‘ whereas I walked right up to the elusive ‘main front door’ of the School. Maybe it was just our School, but walking in through the Front Door was a rarefied experience. Few people ever really got to do it. As luck would have it, the Deputy Headmistress was just unlocking it as I got there, so in I went, and I was the first person in the entire School to get my final exam results that day!  It was all good, and I quickly legged it home as fast as I could. Because I was off to purchase the Nintendo Entertainment System! That’s how I remember the end of my schooldays! At the time of launch, the NES didn’t really have any arcade racing games, but that didn’t put me off.

Japan Has A Word For The Ultimate Video Game…. 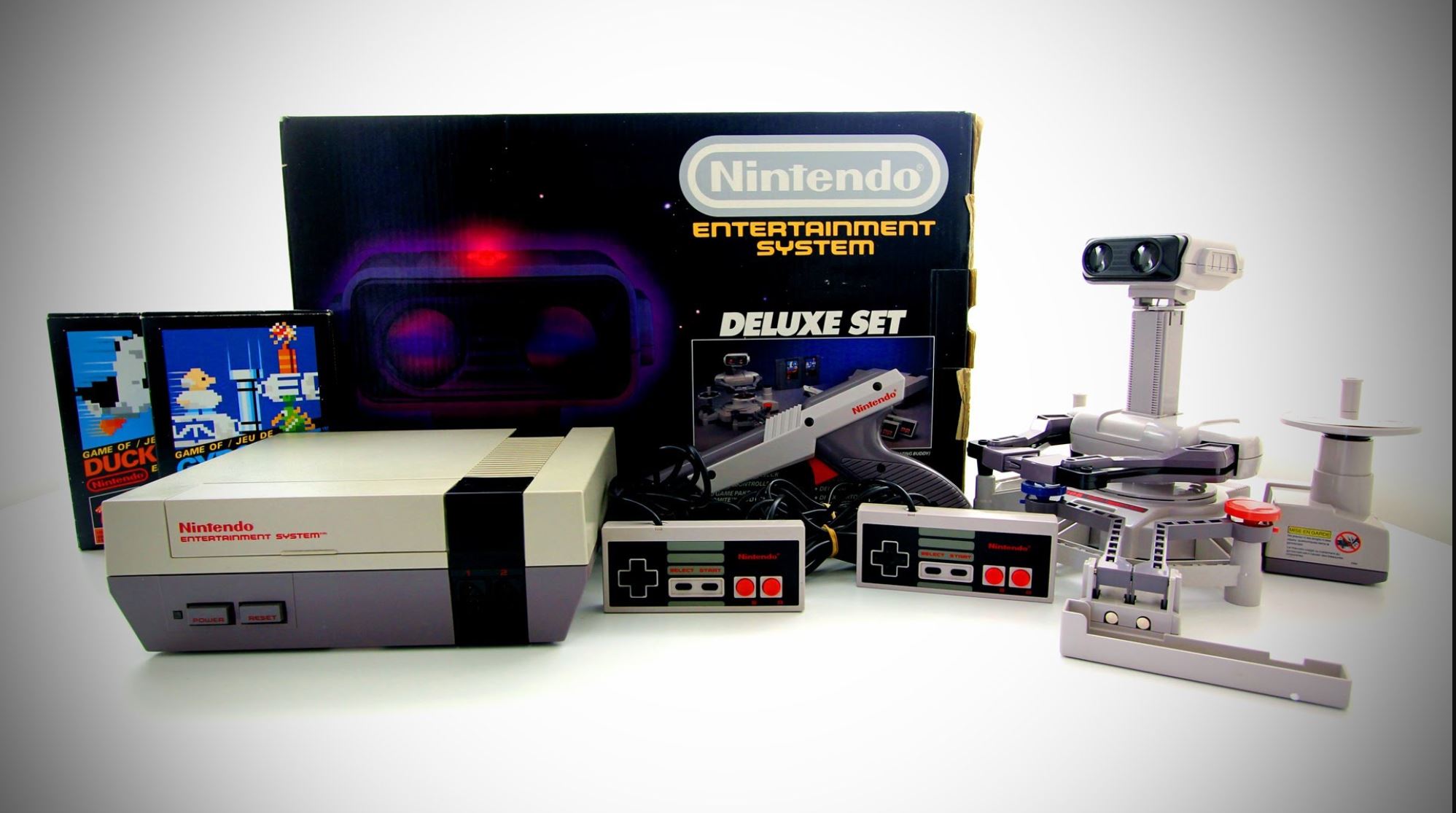 Back then Nintendo just weren’t well known in Europe at all. The NES got quite a muted launch, most shops didn’t sell them or stock the games. Mattel were the distributors for the UK for the launch years. Although I bought the machine, the gun and the robot (!) I didn’t know anyone else who did. And I didn’t meet anyone else who had for quite a few years. It was really hard to find games to buy if you were a NES owner. There were occasional stories about the games in the fledgling “Mean Machines” section of Computer and Video Games, and Newsfield’s “The Games Machine” did a big piece at launch – but magazine coverage seemed to feature very  few screenshots and mostly wrote about games they saw at the Las Vegas CES show – (and 95% of those were never released over here in Europe). I’d never even heard of “Rad Racer” until the day I got to play it.

In 1988 there were two places I could go to buy NES cartridges – my local branch of Boots The Chemist and the newly arrived Toys R Us. Neither of these had systems on display so there was no way you could see a game running. All you could do was look at the box and make a risky guess based on the usually fake single screenshot of the rear of the box. Hence those magazine words were really important to me. I’d been able to try “Super Mario Brothers” and”Kung Fu” at the PCW Show held the year before at London’s Olympia – but other than that I was flying blind with each and every NES cartridge I purchased. The only sort of arcade racing game they had on show was “Excitebike” and that was more of 2D side scrolling game. 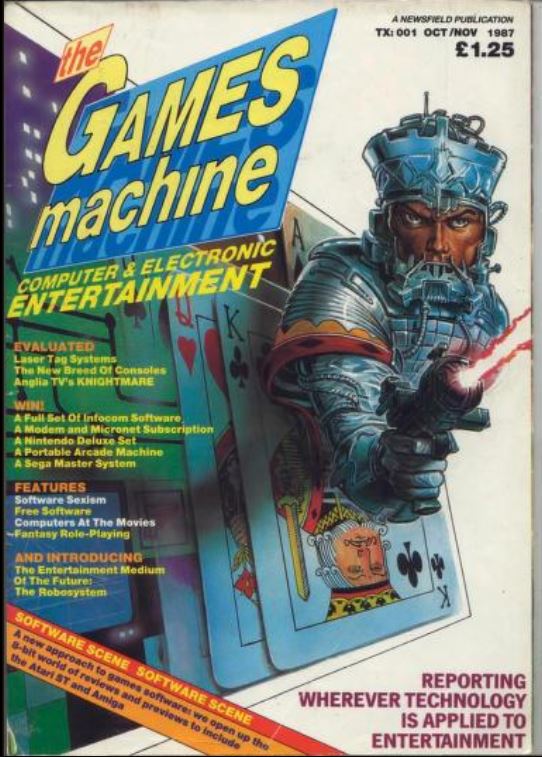 At that time I had a regular Saturday job in a nearby town. The job was helping out in a new menswear shop. It was pretty boring and the shop seemed to have been built on either an ancient burial ground or somewhere where all the ley lines converged beneath us because time seemed to go very very slowly in there. Hours felt like years.
Luckily the Assistant Manager was an affable Brummie guy called Paul Nicholls. He was quite strict and seemed far too into menswear retailing than was really necessary, but at the same time was  into films, pop culture and enjoyed the odd credit into an arcade racing game every now and then. With so much time on our hands every Saturday we were able to talk about all the latest coin-ops and the latest films. He taught me everything I needed to know about folding shirts, how to sell the benefits of a poor quality suit and a handful of sales techniques.

Tear Along The Dotted Line

He never sold me on anything, but a few weeks later he ended up mysteriously buying a NES and three games from the local Boots on his way home from work. As cartridges were so bloody expensive, I’d made sure he bought different games to me. I remember the run up to Christmas 1988 as I lent him the original “Mario Bros.” (still the best 2P game ever made!) and he lent me Square’s fabulous “Rad Racer.” 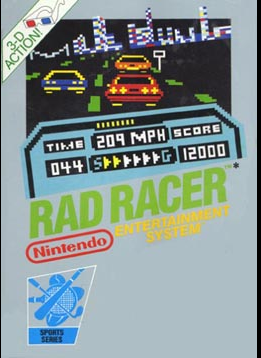 A few things are important to note here. Firstly, the game was made by Square in Japan. Trust me, in 1988 you would have never have heard of them. “Rad Racer” was directed by Hironobu Sakuguchi – who went on to direct the “Final Fantasy” series of RPG games. So this was my first taste of Japanese software that wasn’t made by NCL (Nintendo Co. Limited) themselves. So they are famous for arcade racing games as well as RPG games. Secondly,  the game was in 3D. Yes, you read that right – the game was in 3D back in 1988.
How on earth was this possible?

Well, back then the early console manufacturers went big on peripherals and accessories. Nintendo had a 3D goggles add-on, as well as a moving robot, a special glove, a light gun and a mat you could jog up and down on. Sega also had 3D glasses and a light gun. They didn’t bother with the robot or the mat because they were already ahead of me and had already figured out they were both rubbish.
In good old England of course, we didn’t get the special 3D visor, we just got a pair of blue and green paper sunglasses. ( the same sort that came free with the “TV Times” for that day when Channel Four showed a Western no-one had ever heard of and then “Countdown” in wonderful 3D!) 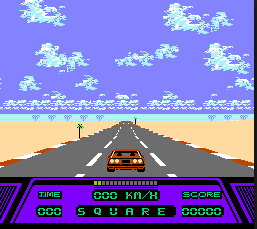 So how was “Rad Racer?” – for the time it was pretty good. It was a passable version of “OutRun” complete with traffic, hills and a convincing sensation of speed. The 3D gimmick was pretty good as well and gave a good illusion of depth to the screen. If you turned off all the lights in your room, it was even better. It was a game I played for a solid month. As I’ve written before, when you only have a few games you end up seeing past all the problems and with a lot of practice, you can get really really good at it. I completed the game many times and again,it’s one of the few games where I can look back and say that I played it to death and to an almost superhuman level of performance. If you take a look at the game on YouTube, you’d have to be a NES die-hard to want to play it today, but back then this was the closest thing available to getting anything remotely like Sega’s incredible seaside coin-op arcade racing game inside your own house.

Our game is faster than “Rad Racer” but sadly, doesn’t come with paper 3D glasses…