Hit enter to search or ESC to close

The aim of the Dangerous Golf game is to cause maximum damage over 100 holes and four unusual locations. Smash up the toilets, make a big mess in the Kitchen, destroy priceless antiques in the Palace. This is golf played indoors where the more expensive the object the higher its game value. Humorous destruction and over the top trickshots are the way to score big. 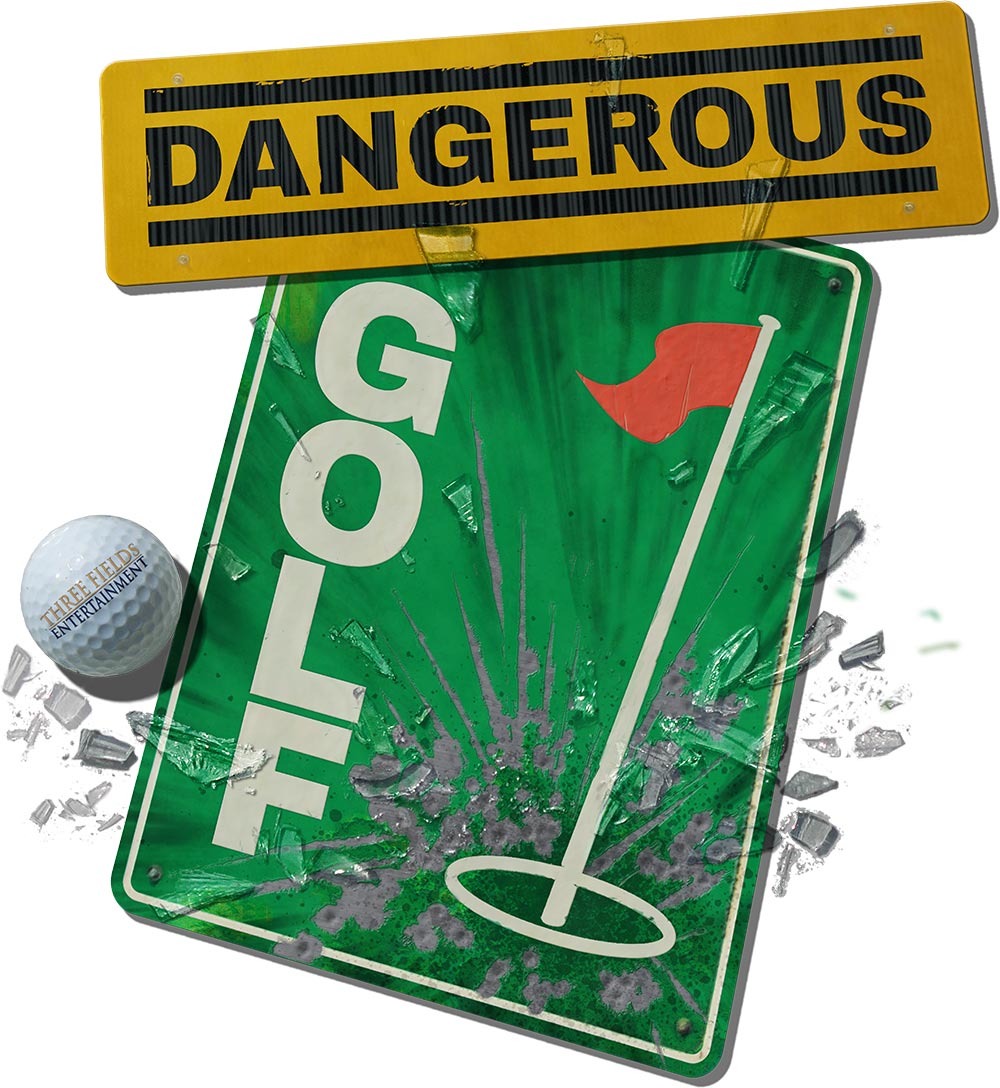 Destroy enough things off the Tee and you’ll earn a SmashBreaker. This turns your Ball into a Fireball that you can steer around the level causing more destruction and chaos. The bigger the mess, the bigger the Score.

10 tours, 10 holes in each. As you progress you unlock new locations and extra Abilities that’ll help you do even more Damage.

Play the World Tour co-operatively with a friend or family member. This is the perfect couch Co-op experience. Both players play sequentially into the same scene making it the perfect game for players of mixed ability. One or more controllers.

Local competitive pass-the-pad Party Golf mode for 4 players. Use one or more controllers, all sign in with your profiles or play as guests, this is the perfect game to put on when your friends come round.

Take on and play against the most dangerous golfers in the world. Up to 8 Players.

Long shots, Ricochets and yet more Destruction are the name of the game when Putting. Hitting your ball straight into the hole is NOT what Dangerous Golf is about and whilst you can do that it won’t earn you the big medals or help you beat your Friends to the top of the Leaderboards.

Kitchen – Make a huge mess. Splat food onto the walls and floor, break microwave ovens and dishwashers. Break open the Store Room, access the Back Alley and trash the Bathroom.

Castle – Cause chaos. Knock down the suits of armour, spill paint onto works of art and smash priceless antiques. Explore the Dungeon, Armoury, Queens Corridor and redecorate the Great Hall.

Let them eat cake – but only after you’ve knocked it all to the floor. Break bottles, vases, tables, grand pianos and grandfather clocks. Drop down to the Wine Cellar, make a noise in the Library or break into the Secret Vault.

Outback – Disturb the peace and serenity of the Outback. Set fire to the gas pumps, break all the windows and run riot in the store. Tee off on the Forecourt, make work for somebody in the Workshop, spray paint in the Paint Shop, rock the Rooftop and light up the Alleyway. 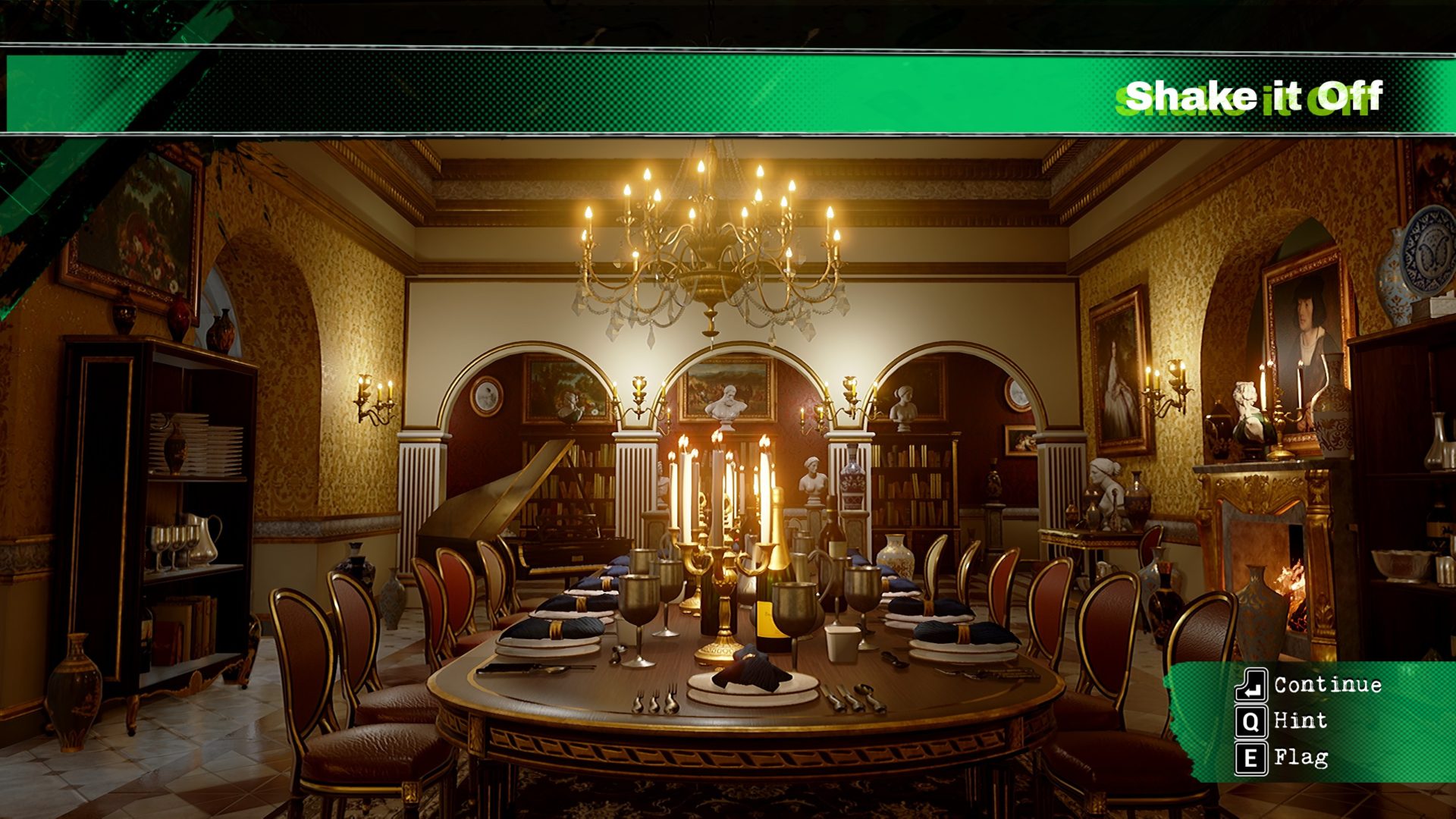 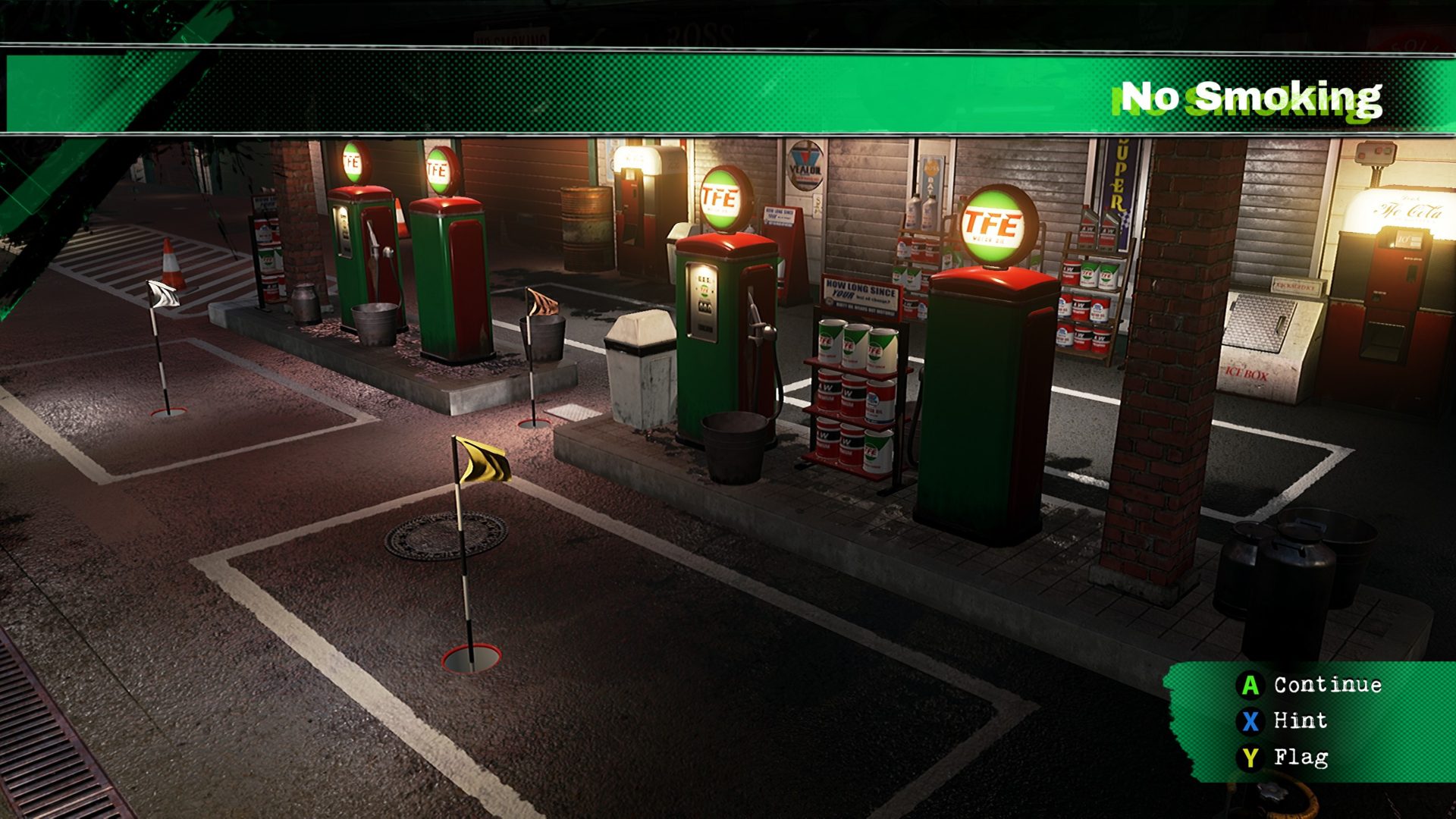 Are there any Patch notes?

Various small bug fixes the most noticeable of which were Champagne corks (which had stopped popping) and removing Xbox buttons from the PlayStation version. The corks not popping was stopping players from achieving one of the Signature Smashes and hence one of the Trophy and Achievements so it was an important fix to make.

NOTE: If you already owned Dangerous Golf then not all features will be automatically obvious (so as to not confuse or annoy those who were perfectly happy with the game as it was!). See notes below in the Control system and Tutorial sections.

Fast Restarts – number 1 requested feature. We reduced them from 30secs to 2-3 secs and it transforms the game in Single Player, in Co-Op and in Party Golf.

New Control system – we introduced a significantly easier single stick, single buttons control system and added in game prompts for all actions. Note: If you have a previous save game the controls will default to the original, more advanced controls. You can change this in Settings – change SmashBreaker Controls to ‘Simple’ and the Drop to Putt controls to ‘One Button’.

More control over Tee off – introduced ‘Free Aim’ on the Tee and in Putt. Aim where you want on every hole, 360 degrees of movement.

Follow Cameras – on the Tee and the Putt and we also improved Camera Collision with the Ball. (The Follow Cameras can be turned off and on in the Settings Menu). You can also now use Danger Time in the Tee off.

Better Introduction to the Game Features – we brought back an old friend, Ted Stryker, the LA DJ who recorded all our Burnout 3 v/o, to narrate our new Tutorial Video. This is already on YouTube: https://www.youtube.com/watch?v=s9Ey0cvc1Kg. Note: if you have already played the game the tutorial will not autoplay – you will need to select it from the ‘How to Play’ menu.

We also introduced a new Loading screen Tip system to give the player per hole contextual help.

More Destructive Power – new SmashWave feature enables Players to cause even more destruction whilst clearing their path to the Flag.

More humour – the ESRB upped our rating to Comic Mischief based on ‘flatulence sounds being heard in the bathroom level’. We thought that was hilarious so listen out for more comic sounds – statues, bears, deer, milk, eggs, skeletons.

Frame Rate – we optimised every Hole and the game runs at a smooth 30fps.

Updated Holes – we listened to player feedback and fixed the Holes that people disliked and evened out the difficulty curve.

Steam specific Features: Support for Steam Controller and Enabled Cloud Save for Steam.

This Patch fixed an audio corruption issue and also added Keyboard and Mouse support. NOTE: there is not yet support for remapping PC controls or for foreign keyboards.

I am experiencing a problem, is it a known issue?

Check our Patch Notes FAQ for what has already been fixed.

At this time these are the only known issues. If you experience an issue please let us know.

The issue is most likely to be a corrupt or incomplete download. Delete the game and redownload it from the Store.

Alternatively your save game could have become corrupted. Back up all saves including the Trophy game and then delete the save games and try again.

Problem connecting a second player in Co-op and Party Golf

It is possible to use 1 game controller for all players in Co-op and Party Golf – just press X (on Ps4) or A (Xbox One) to skip the add extra pads screen (this is the screen that says ‘Press Options or Menu to join’).

It is also possible to play with multiple controllers and to have a separate profile signed in for each player (meaning all players are earning Trophies and Achievements during their play). To do this follow these instructions:

On PS4: To play with multiple pads and profiles all Players need to sign in with a their Dualshock 4 controller and their profile before starting. Once signed in select Party Golf or Coop World Tour and when prompted, press ‘Options’ on each pad to join. Each profile will appear onscreen after a short delay. It’s easiest if everyone is signed before you boot the game.

On Xbox One: Additional players do not have to sign in if they do not wish to but will earn Achievements if they do. Just connect the additional controllers and select Party Golf or Coop World Tour and when prompted, press ‘Menu’ on each pad to join.

If an issue you are experiencing is not listed here please mail us with as much info. Details on our Contact page.

Will there be any updates for Dangerous Golf?

We believe in supporting our customers by continually making the game better. We read all the mails that are sent to us and we try to act quickly if there are issues that need fixing.

We have released 3 updates on Steam and 2 updates for PlayStation 4 and Xbox One.

There are currently no new updates planned for Dangerous Golf.

What platforms is Dangerous Golf available for?

How much is Dangerous Golf?

Dangerous Gold also features in some console bundles of our games. Check the Buy page for more details.

Where can I buy Dangerous Golf?

Dangerous Golf is a digital only game and is available here:

Is there a manual for the game?

You can find a “How to Play” option in the Clubhouse option found on the main menu of the game. This will give you a headstart on the basics of Dangerous Golf including a video tutorial.

Here are some pro tips that may also help you as you progress in the game:

What are the minimum and recommended specs for the PC version of Dangerous Golf?

What languages is the game translated into?

The game is translated into English, French, German, Spanish and Italian.

I’m having trouble with my PC version of Dangerous Golf

Ensure that your PC meets the minimum spec: http://store.steampowered.com/app/405500/

You can check your PC hardware by going to control panel then selecting system. This will show you the memory available & processor. If you then click “Device Manager” on the left you will see “Display Adapter” which if you expand will show you which graphics card you have installed.

Note that the game has been tested on NVIDIA & AMD cards. Laptops often have custom drivers, as well as custom chip sets, and so the game may not work correctly depending on how compatible the chip sets are.

Check that you have the latest graphics drivers installed

For AMD users go to Raptr and check that drivers are up to date.
For NVIDIA users check that you have the latest drivers using NVIDIA GeForce Experience

Check that Unreal Engine runs correctly on your PC

How can I get my PC version running more smoothly?

First shut down any other software before running Dangerous Golf.

Users with NVIDIA cards should be able to optimise the game settings automatically by opening the “GeForce Experience” application and clicking on the games tab.

AMD users can manually adjust settings based on the following guide.

The biggest impact on performance will be Resolution and, for NVIDIA users, FleX quality. For an older PC we would recommend the following settings:

If this still hasn’t resolved your problem

Please email pchelp@threefieldsentertainment.com ensuring that you include:

What keyboard and controller support is there on PC?

The mouse and keyboard support comes with the following caveats:

Other controllers verified as working with the PC version of the game include: Steam, Xbox 360, Xbox One, Playstation Dual Shock 3 and 4 (subject to the notes below), Logitech F310.

We will add more controllers as we verify them.

Note regarding PlayStation DualShock controllers on PC: If you find your particular dual shock does not work we would recommend searching for and downloading DS4Windows for Dualshock 4 and DS3Tool for DualShock 3. We’ve used these with success but there other third party solutions available as well.

Consider checking out our other games including Crash game Danger Zone and Arcade Racing game Dangerous Driving which includes single player and online play, a wide range of different race modes and some unique new racing and crashing gameplay moments.

We are currently developing our next game – sign up to our Dangerous Driving Club for a chance to win a free copy of one of our games and to stay up to date on all the latest news from Three Fields.